YD-2 has achieved two consecutive win at D1 10 Open world championship in Netherland and shown the excellence of driving at any type of surface at several competition, and the usage among RWD drift chassis are going to the World champion as well.  However, Yokomo has not stop the engineering effort for the ultimate type for more aggressive drifting under the condition of super slippery surface with low grip supplied tires. Initial ‘S’ at YD-2S stands for specialized for Slippery spec.
We developed a new hybrid chassis (Carbon graphite + Plastic side guard) and low profile gearbox to suits for the high mount motor layout on the chassis. Besides, the motor can be installed 3 different positions for just enough height to keep the best balance of car. Moreover, YD-2S Plus is dedicated to shorty LiPo battery and possible to put LiPo in vertical position, and 3 different horizontal position,
YD-2S Plus is the genuine car kit dedicated for aggressive drift challenge at super low grip environment. Complacent in meaningless modification days on RWD is over now. 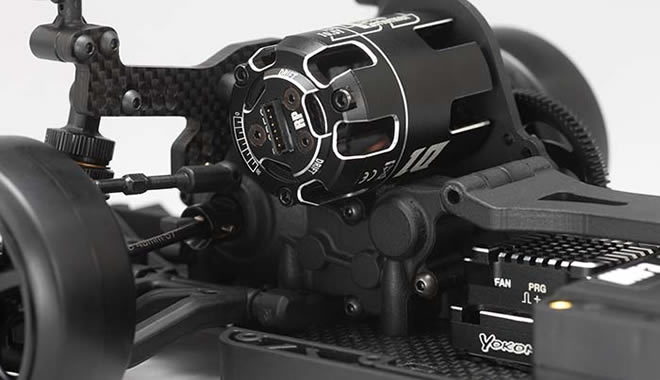 The highlight of YD-2S Plus is the high mount motor layout as a results of new gear box development.  Conventional high mount motor layout on YD-2 has been driven by third party conversions, however those are too much height since they just re-layout the motor position by adding high priced carbon made parts with ridiculous appearance.

Too much higher role center delivered the disadvantages on performance as well, such as slow acceleration at the corner exit, and it is not easy to drive at the competition track.  YD-2S Plus enable to select 3 kind of motor positions in order to suits for the best role center to deliver  the best rear traction in several kind of slippery environments. 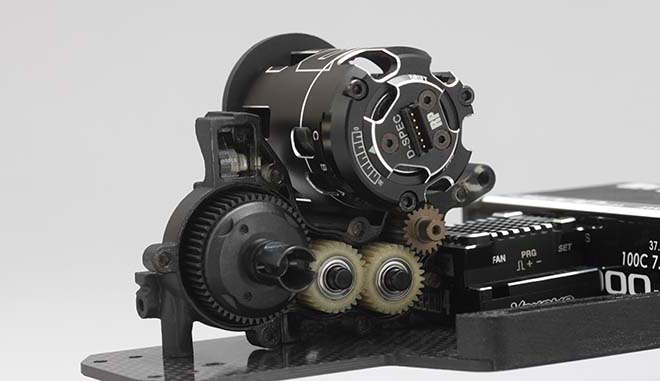 Fully new designed 4 transmission could squeeze into the bottom of motor, and it is the type to increase the rear traction as rotational torque goes up, supreme to low friction surface track. Rear differential has 4 pinion gear. 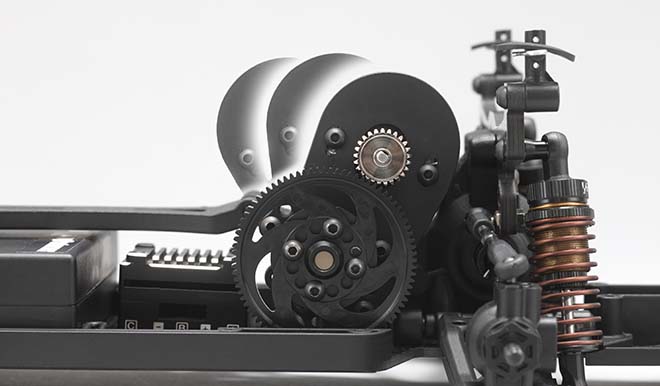 Since the motor layout can be changed by selecting from 3 rotate positon at motor mount plate, the weight balance of car will be also adjustable to find out the best setting for keeping supreme angle and speed in any kind of slippery surface condition.

The battery is limited to Shorty LiPo battery, but the mounting layout will have 4 different positions by selecting battery stopper location on the chassis.  The layout will be Vertical, Horizontal Front/Mid/Rear in order to complete the fine tuning on weight balance and forward/backward traction. 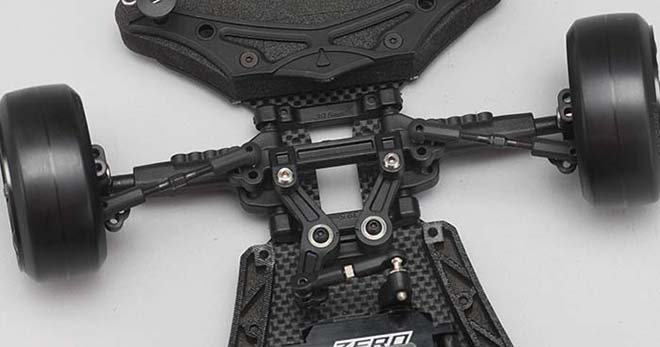 Steering around are the same as conventional YD-2 series.  The best Ackerman rate fill deliver the front driven running. Aluminum option parts are the co-usable among YD-2 series.

The pictures are the assembled samples on prototype. It may changes at the production version without notice.

The kit does not include body, wheels, tires, motor, batteries ,pinion gear, and other R/C electrics.