Team Yokomo is racing tune based on the YD - 2 S Plus which mounted the motor on the carbon chassis high mount. We pursued an ideal form to participate in the drift competition and finished it into a high-end model which added high quality option parts and newly designed parts.
Adjustable weight balance with aluminum special motor mount that can be adjusted in 7 stages, aluminum suspension mount of bush insert provides optimal suspension alignment. By installing a chassis plate made of carbon and an aluminum front bulkhead for the main chassis, it became possible to freely change the roll stiffness. And the most noteworthy thing about this machine is the newly designed aluminum steering bell crank. Realized adjustment range corresponding to various treads, Ackerman ratio setting according to driving style and road surface condition. Connecting to the support part of the wiper and the center link also reduces extra play by press fitting the bearings and finishes the racing spec around the steering wheel which can be said to be the key to RWD drift. In addition, the gear differential joint is also made of aluminum resin protector specification, from the suspension to steering, drive system and every corner, the ultimate competition machine is realized finish.

, YD-2 has achieved two consecutive win at D1 10 open world championship in driving at any kind of surface at several competition, and the usage among RWD drift chassis are going to the world champion as well., Yokomo Initial 'S' at YD-2S stands for specialized for Slippery spec. It has not been stopped the engineering effort for the ultimate type for more aggressive drifting under the condition of super slippery surface with low grip supplied tires.
We developed a new hybrid chassis (Carbon graphite + plastic side guard) and low profile gearbox to suits for the high mount motor layout on the chassis. Besides, the motor can be installed 3 different positions for just enough height to keep the best balance of YD-2S Plus is dedicated to shorty LiPo battery and possible to put LiPo in vertical position, and 3 different horizontal position,
YD-2S Plus is the genuine car kit dedicated for aggressive drift challenge at super low grip environment. Complacent in meaningless modification days on RWD is over now. 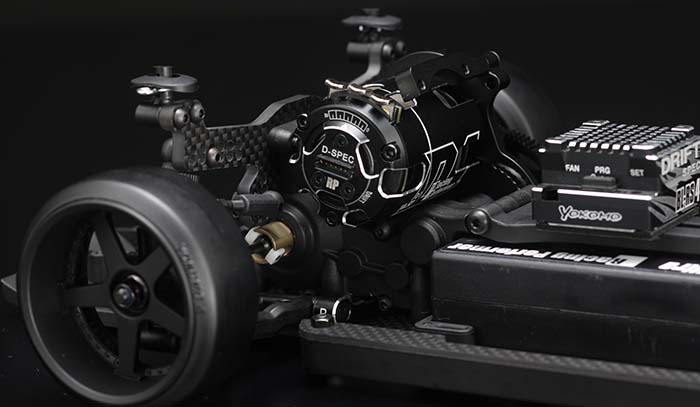 The greatest feature of the YD - 2 S series is a high - mounted motor. By raising the position of the rear center of gravity compared to YD - 2 so far, we induce rolls and increase rear traction. However, just by mounting the motor at a high position, the exercise performance drops due to the exit of the corner or turning back, the timing of acceleration will be delayed, or the machine will become difficult to operate. Therefore, in the YD - 2 S series, we completely succeeded in securing the rear traction while keeping the exercise performance by avoiding the high mount of the motor more than necessary, completely newly designing the gearbox.

Conventional high mount motor layout on YD-2 has been driven by third party conversions, we have those just too re- layout the motor position by adding high priced carbon made parts with ridiculous appearance.

YD - 2S series enable to the best role center to deliver the best rear center tribulation to the corner exit, and it is slow acceleration in several kind of slippery environments. 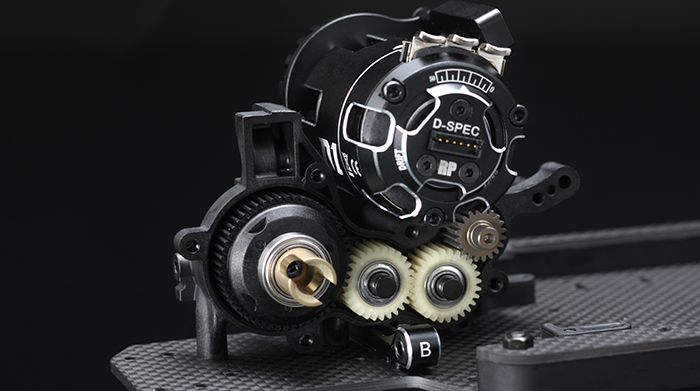 Inside of the special gear box that passes drive from the spur gear through the lower side of the motor to the rear. 4 Gear transmission is also suitable for low mu road because the rear traction increases with rotational torque during acceleration. The rear differential is equipped with a 4 pinion gear differential. The axle is made of lightweight aluminum of a new design, by attaching a resin adapter to the universal shaft side, it prevents wear and reduces backlash to increase throttle response.

Rear differential has 4 pinion gear. Fully new design 4 transmission possible squeeze into the bottom of motor, and it is the type to increase the rear traction as revolver goes up, supreme to low friction surface track. 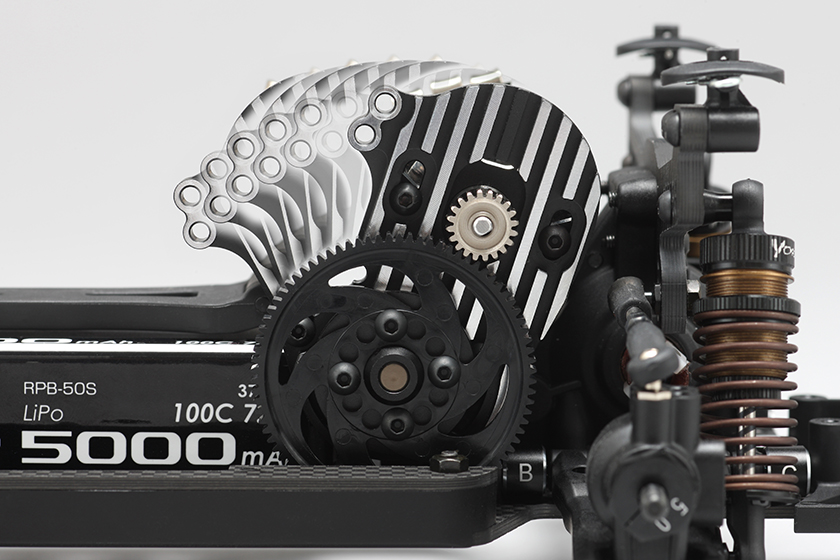 A special motor mount as an option setting is standard equipment. By changing the fixing position of the plate, it is possible to select the motor from 7 positions in the front and back. This makes fine adjustment of the weight balance possible, it is possible to acquire the optimal balance according to the road surface to travel.

Since the motor layout can be changed by 3 rotate positon at motor mount plate, the weight balance of car will be also adjustable to find out the best setting for keeping supreme angle and speed in any kind of slippery surface condition. 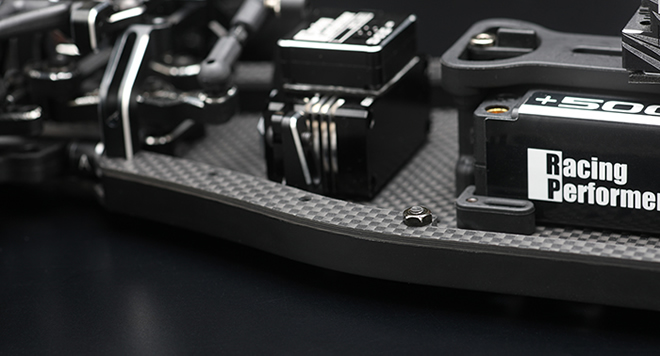 An optional graphite chassis plate to be mounted on both sides of the main chassis is equipped as standard and it is possible to increase the rigidity of the main chassis and adjust the delicate chassis roll rigidity by choosing the side brace and the screw fixing position of this plate You can do it. Since it is possible to finely adjust the front and rear traction balance without changing the suspension alignment, it will be easier to acquire the driving characteristics according to the road surface condition.

Although the corresponding battery is only short Li-po battery, you can select various battery loading style according to fixed position of battery stopper. In addition to the horizontal installation of the battery, in addition to the vertical installation, you can select from three positions in front and behind in the case of horizontal placement, front and rear traction etc. can be adjusted by weight balance change.

The layout will be Vertical, Horizontal Front / Mid / Rear in order to complete to fine tuning on weight balance and forward / backward traction. 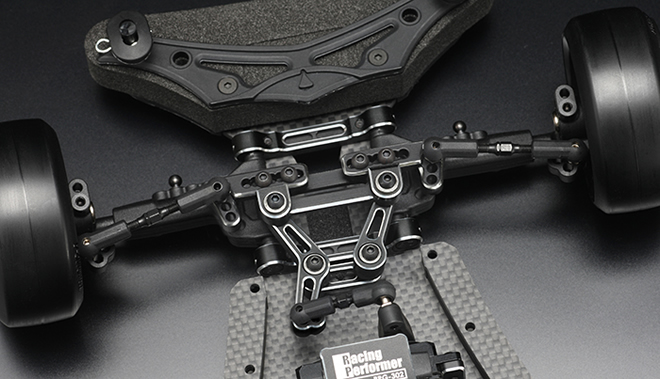 Adopted a newly designed aluminum steering bell crank. The tie rod pivot position can be changed with the center link which became a split type, so it is now possible to change the tread while maintaining the Ackermann ratio. Also, by pre-press fitting the bell crank bearings, the steering backlash is reduced and the response is improved. It also has a great effect as a measure against hunting.

※ The picture is an assembled reference example. Because of the prototype, it may differ from the actual product.
The pictures are the assembled samples on prototype. It may change at the production version without notice.